Read // Cutting Through the Noise with Paul Pavli

Read // Cutting Through the Noise with Paul Pavli

Paul Pavli’s journey to becoming a figurehead of British hospitality is, like many CEOs in the sector, a story of humble beginnings. “I wasn’t scared of hard work,” he explains, “I started out as a baker.” We unravel Paul’s career to gain a deeper understanding of where his love for the industry originated, and how he used it to propel himself from ‘pot-wash’ to the pinnacle of public house prosperity as the Managing Director of Punch Taverns.

Step forth from your ivory tower

Grandma Lee’s Canadian home-made sandwich bar was brought to England in the 1980s by entrepreneur, David Dutton. After establishing 6 venues across London, mainly at high footfall venues, the business hired Paul Pavli as a baker in 1985. Over the next decade, Paul would emerge as a bright light in the hospitality industry, swiftly making his way up the ladder, firstly to front of house, then to Restaurant Manager, and eventually Area Manager. Nevertheless, it was the time he spent on the front-lines of the business that proved most important for Paul because it gave him a foundation of knowledge about how to succeed in the industry.

By being close to the customers and communicating with them regularly, Paul and his colleagues were able to see which areas of the business resonated well with them and which required improvement. Consequently, Paul realised that the best way to improve a business was to confer with those working on the shop floor. He took this lesson on board and incorporated it into his management roles in the future by maintaining constant communication with his teams: “I’ve always been one to listen to the team; they know what’s great about the business, but they also know what niggles the customers have.” This allowed him to retain his ability to evaluate a business with customer-level clarity throughout his career, which made it significantly easier to improve the profitability of countless pubs, hotels, and restaurants.

The next 7 years provided Paul with a cross-section perspective on the hospitality sector. Employment at brands such as Burger King, Beefeater, and Wetherspoons may have prepared him well for an Area Manager role at Punch taverns in 2005, but what lay in wait would still prove to be some of the most challenging, and rewarding, times of Paul’s career. 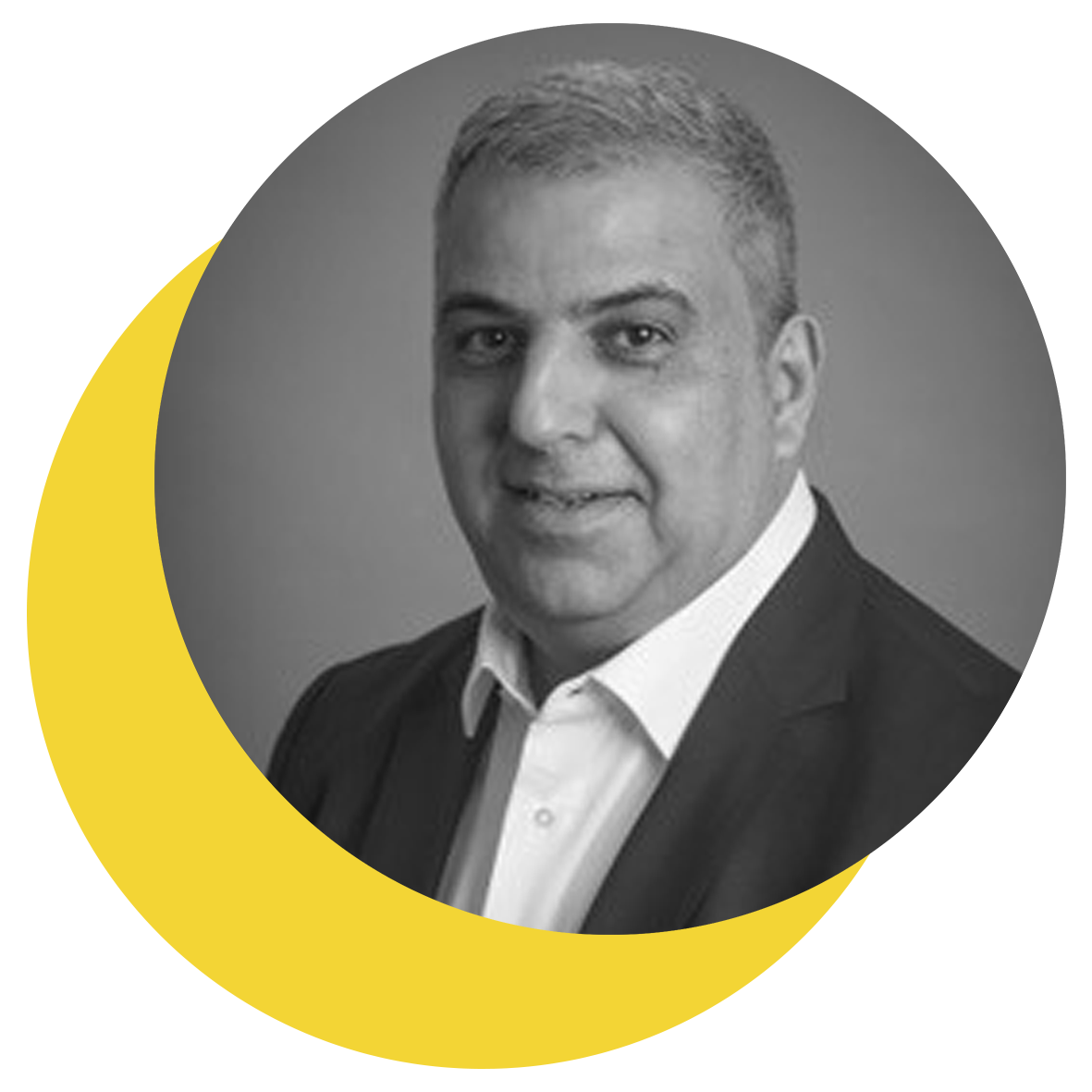 Failing to prepare is preparing to fail

The first two years Paul spent at Punch Taverns went well. He performed so impressively within his role as a member of the senior operations team that he was given increased responsibilities, but what came next would cause disarray across the entire hospitality sector.

Many had guessed that the indoor smoking ban of 2007 would affect hospitality greatly, but nobody managed to predict the full scale of its impact. The reality was frightening: “Some of our pubs lost a quarter of their business overnight,” says Paul, “it was a seismic shift in the industry that forced us to operate differently to how we had done in the past.” Short-sighted businesses were caught off guard by the change because they had failed to prepare properly and were unable to mitigate the damage quickly. Punch’s efforts to do so were somewhat effective, but would have been more successful had they been implemented earlier.

Punch realised that the best way to move forward was to look further ahead. It was down to Paul and his colleagues to make the business think in a more long-term, proactive manner, instead of the more reactive approach it had employed previously. “It was the first time I was involved in a project where we were looking forward, trying to project where Punch would be in 4/5 years’ time,” he says.

This adjustment meant that Punch was consistently making changes that would pay dividends in the future. Instead of reacting to external changes almost on the spot, they were identifying potential pitfalls and implementing strategies to mitigate them years before they would even come into effect. This created a sense of direction, promoted stability, and thus formed another of Paul’s most valued lessons: “I really am one for thinking, ‘if nothing changes, where will you be in 3 years?’ If you like what that looks like then great, if you don’t, then do something about it now instead of in two years down the line.”

Hospitality: A Force for Good

“Customers and staff expect companies to do more nowadays. They want to feel proud of the businesses they shop at/work for. Pubs have an intrinsic social purpose; they’re part of a community that they give back to because it benefits everyone: the business, the customers, and the community. Pubs raise over £100m a year for charities through things like quiz nights and karaoke nights.”

It is true, for the most part at least, that leadership in business should be a collaborative undertaking. CEOs should listen to and engage with their teams at almost every opportunity, but sometimes, particularly in times of crisis, leaders must lead. “Cut through the noise,” says Paul. “Sometimes you need a leader to just say it how it is.”

Businesses caught floundering in the face of change are often left behind by their rivals, and this is usually down to an inability to adapt and make decisions swiftly. CEOs should be able to recognise changes that will affect their business and must act decisively when they do so. This is not only to the benefit of your business, but to the benefit of your team too.

“Most people want to work in collaborative work environments,” Jamie Mitchell, Founder of All Together, says. “They want to be consulted and engaged in decision making, and most ambitious people require agency to feel fulfilled and in charge of their own destiny.” However, even the most ambitious of us also sometimes need – and want – clarity of direction. The trick for a CEO is to know when to lead decisively in times of uncertainty, and collaboratively in times of stability.

All Together was founded at the beginning of the pandemic, so we heard from many CEOs in crisis. They were nervous about the future, and so were their teams. In times like this, a decisive CEO that brings clarity and focus gives their team a sense of progress, which in turn feeds motivation, positivity, and productivity.

After placing Paul’s career under the microscope, we then asked him, as we do with all our guests, for his Three Things – three pieces of actionable advice that SMEs can implement today.

Have a plan, not (just) a purpose.

Every business needs to understand its purpose – why it exists, why people get up in the morning to work for it, and why customers feel loyal to it. Understanding your purpose is essential because it should underpin every significant decision you make, but it is neither a strategy nor a plan. The hard work remains, you must form a motivating vision with clear objectives for your team to follow. A way to see if you have done this correctly is to try to summarise everything on one page – your purpose, vision, objectives, strategy, and plan. If you can’t boil it down to a few simple elements, how do you expect your team to remember and engage with it?

Chaos is a ladder, so grab the opportunities.

Crisis can seem like a closing of every door, but there are always opportunities to be taken. For instance, despite most pubs suffering due to the smoking ban in 2007, pubs who focused on food prospered. Similarly, many businesses that were bricks and mortar retail prior to the pandemic managed to adapt, and now have several revenue streams where they once had only one. Chaos and crisis, as with all economic downturns, create huge opportunities. If you don’t grasp them, your competitors most certainly will, and you will be left behind.

Hire staff that truly want to be there.

Culture is the most important driver of success in any business, but particularly those in the service industry. A happy and engaged team will deliver for customers day in, day out, which is why it’s so important to choose team members with an affinity for the work: “In hospitality you have to find people with an attitude and character suited to service and to your culture,” Paul clarifies. Employing people who genuinely want to be part of your business will reinforce your culture, which spills over into positive experiences for both your customers and your team. You must come up with an interview process that selects candidates based on who they are, not just what they are. Ask interviewees about their behaviours and mannerisms before looking for proof of their answers in their experiences.

To hear more of Paul’s career and his Three Things, you can listen to the whole conversation hosted by Jamie Mitchell, All Together’s co-founder, below.

Is your business struggling to deal with an issue similar to those discussed in this article? Apply to All Together today for up to 5 hours of pro bono advice from one of Britain’s leading CEOs.