Read // The Culture of Entrepreneurship with Greg Jackson

Read // The Culture of Entrepreneurship with Greg Jackson

Glance briefly at Greg Jackson’s career, and you might think he’s equally at home in big corporates as he is in a start-up, but that’s not what his heart says. “Traditional corporations have a series of controls to preserve the assets they have,” he explains, “I much prefer an entrepreneurial setting.” By exploring his career, we uncover why Greg is such an advocate of fewer controls and more personal responsibility in the workplace, and the effect it can have on a workforce.

Start with the mission – Early lessons from procter and gamble

The year is 1994 and Procter and Gamble’s newest brand manager embarks on the first step of what will be a remarkable and exciting career. He is struck by the company’s “astonishingly clear” mission statement, with its sharp focus on improving the lives of its customers. Every employee can recite it, but what Greg finds most significant is that “they really believe it.”

That mission manifested itself in many ways, but was perhaps most evident in product strategy. Brand Managers were encouraged to decide first what they wanted to say in an advertisement, and then make it true by developing a product that delivered. By consistently releasing products that lived up to their claims, Procter and Gamble developed a significant level of trust, both with their customers and within the company itself. It was obvious to all that the business’ principal aim was to do right by the customer, and the financial results were impressive. 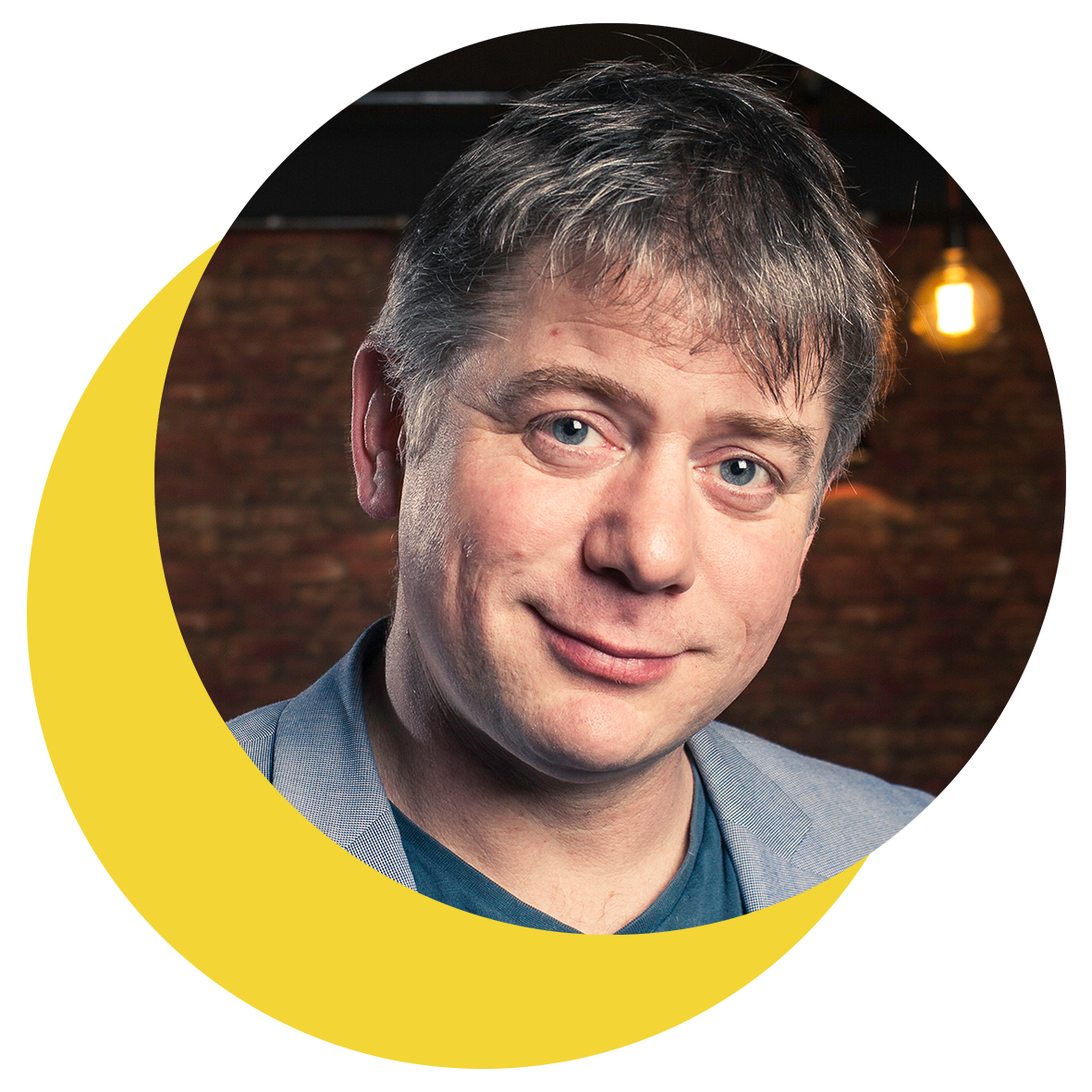 A few years later, however, Procter and Gamble decided to prioritise short-term profitability and high shareholder returns instead. Cuts were made and the internal structure began to erode. Short-term behaviour was rewarded more than long-term behaviour, and the focus on personal responsibility diminished almost entirely. The result was a company that could no longer serve the customer as it once had, and the trust alluded to previously was lost.

This period served as an epoch of elucidation for Greg, a series of events that brought into focus what a business must do if it is to succeed. The need for a clear mission statement with the customer at its core was obvious. “Companies that focus on higher purpose and mission are more likely to perform better than those that focus on profitability.” The way to ensure that this would remain, that the company would not eventually alter it to concentrate on profitability instead, lay with the shareholders: “The shareholders must be able to think in a long-term context,” he argues, “only then will the business be able to do right by them by doing right by the customer and by the staff.”

Create a culture of entrepreneurship, the Octopus way

1998 saw Greg part ways with Procter and Gamble to concentrate on his entrepreneurial career.Over the next decade or so, he would found, manage, and work for a number of organisations across various sectors. This experience furthered both his understanding of business, and his preference for entrepreneurial settings over their corporate counterparts.

Inconsistencies in certain aspects of the corporate structure quickly became apparent. For one, the ‘series of controls’ that were typical of such structures would often make operations rigid and difficult to navigate: “The traditional structure jeopardised companies because they were unable to respond to changes in the market and in technology.” Being slow to respond to external shifts can be fatal for a business because an inability to adapt will often see them left by the wayside. Rivals who can react more quickly will surpass them, and the business will ultimately fail.

Over the years, Greg’s distaste for the corporate model continued to grow, with an increasing number of undesirable effects becoming obvious to him. The environments that the structure would cultivate were claustrophobic. Managers would battle with rules of compliance more often than making progress with their work, and the workforce as a whole would shy away from taking responsibility for their decisions. Companies that employed the corporate model, “were causing themselves existential threat” by constraining the potential of their workforce.

How, then, can one implement a corporate structure, particularly in an organisation as large as Octopus Energy, in which entrepreneurialism can thrive? Well, Greg admits that it isn’t easy, but it is possible. For him, it’s about, “creating a culture where people take personal responsibility.” Employees need to feel empowered to make their own decisions, to take risks, and to be accountable for the consequences, good or bad, that follow. For this to work, it is crucial to introduce a system that reviews decisions made by employees based on merit. It must consider if a decision worked, if it failed, what was good about it, and what could be done better next time. This model allows your team to, “recognise their mistakes and learn from them,” so that they might develop into individuals who can assess and manage risk more effectively in the future.

As a caveat to this, however, there must be some level of protection in place, some way of ensuring that drastic decisions are not taken lightly: “You have to be clear with what sort of decisions must be sent up the line to be considered.” This model allows risks to be taken and mistakes to be made, but none that are big enough to seriously damage the business. The positive of this is that decisions can be made quicker than they ever could be in more conventional corporate settings and, in turn, “progress can be made much faster than your rivals,” an advantage Greg believes is critical during times of such tumult.

Throw out your KPIs!

Perhaps one of the most fascinating and refreshing things about Octopus’ model is the lack of Key Performance Indicators. In traditional corporates and start-ups alike, a company’s goals will flow downwards: company goals flow into team goals, which, in turn, determine individual goals.

While these individual goals often take shape in KPIs, Greg, however, believes the effects of KPIs can often be counterproductive because people who truly want to succeed will “kill themselves to achieve them.” While that may sound like a good thing for business owners on the surface, Greg argues that it creates two major issues.

Firstly, Greg’s experience has taught him that KPIs can often be contradictory. One individual may have a set of KPIs that conflict with those of his colleagues, and this will almost inevitably lead to office politics and tackling issues internally rather than in the market, causing a hinderance of progress that could have been avoided.

Secondly, Greg argues that people are so afraid of failing to meet their targets that they try to negotiate their KPIs to be set as low as possible. Businesses where this occurs are doomed to perpetuate a culture in which the most successful are the best negotiators, instead of those who persistently challenge themselves to be the best they can be. A culture like this stunts the growth of both the company to which it belongs, as well as the teams that work within it.

Greg’s alternative is to, “create a culture where people really do have high ambitions, but they don’t beat themselves up if they don’t hit them.” That is not to say, however, that Octopus disregards targets altogether; the vision for success is discussed frequently, even weekly, it just isn’t regimented by a stringent adherence to KPIs.

KPIs have been overthrown at the top of Octopus’ motivational hierarchy in favour of equity. In an experiment where some employees held equity and others did not, Greg discovered that the former significantly outworked the latter. “Immediately, even though they were wonderful people, we got a divergence of effort,” Greg explained, “so we went back to [making sure] everyone has equity, and that beats any other form of targeting.” This technique forms a large part of the answer to the question of how to motivate people to deliver success. Holding equity increases a person’s sense of empowerment and personal responsibility immeasurably. The result is an employee that works harder, faster, and more efficiently for the company that employs them.

Without KPIs, Greg believes businesses can pivot faster, and implement projects that were unknown at the beginning of a financial year. For example, Agile Octopus was a product developed by Greg’s team to rewards customers for using both green energy, and energy outside of peak times. “We didn’t know we were going to create that at the beginning of the year,’ Greg says, “but part of the way through the year we came up with the idea and we just did it!” Businesses without a stringent adherence to KPIs are therefore able to innovate more rapidly than their rivals. As a result, they are more likely to experience growth and increased profits.

As if we hadn’t squeezed enough advice out Greg already, we then asked him, as we do with all of our guests, to give us three pieces of actionable advice that the CEOs of SMEs can implement in their businesses today.

Be confident in yourself as a businessperson. Learn, be humble, but always remember that you set out to do something: to change or improve a market you believed to be flawed. You must always be confident enough to show that you believe in that mission, too, because that is the best way to make sure people will follow you on that endeavour and help your business grow.

Be vigilant: opportunity is everywhere.

Incumbents suffer during times of uncertainty, like the situation we find ourselves in with Covid-19. They have debt that is predicated on a reliable (pre-pandemic) world, whereas new businesses do not. Some of the world’s greatest companies were founded during such times. General Motors was founded in 1908, where just one year before, a panic caused some businesses to see a 30% decline. IBM launched in 1911, just before World War 1. Disney began in 1929, just before the Great Depression, and the list goes on. All these businesses reimagined, recreated, and reinvented the industries they belong to and did so against a much fresher backdrop than their rivals. Opportunity is out there; you just have to look.

The primary focus of any business should always be its initial purpose, whatever that might be. If your purpose is simply to make beer that makes customers happy, then that’s a great start. However, once you have consistently delivered on your purpose, and done so for a significant period, then you should begin to look for more ways to contribute to society, and to align your business with moral and ethical shifts.

Greg Jackson’s enduring appetite for entrepreneurship is undoubtedly at the heart of his astounding success. An extensive career in many different businesses has informed that appetite and allowed him to establish a clear school of thought around how business is best conducted, the foundations it requires, and the creation of an organisational culture in which individuals can thrive.

An unerring focus on the customer, and a singular emphasis on a culture of personal responsibility, are the pillars of Greg’s career, and they continue to contribute to his success today with Octopus Energy. Octopus Energy is now the 4th largest energy provider in Britain, and has recently become a Unicorn, a true testament to Greg’s extraordinary leadership.

To hear more of Greg’s career and his Three Things, you can listen to the whole conversation hosted by Jamie Mitchell, All Together’s co-founder, below.