Read // Points of Strategic Inflection: Coping When the Going Gets Tough

Read // Points of Strategic Inflection: Coping When the Going Gets Tough

Once a month, we invite members of All Together to join a confidential, round-table discussion on a business issue of shared interest, hosted and moderated by one of our expert Volunteer Advisors. This month’s discussion was led by the former CEO of Lloyds Pharmacy, Airopack, and The Original Factory Shop, Tony Page. After more than thirty years in senior roles within the retail industry, Tony has established himself as a specialist in helping businesses to navigate tricky situations. Having truly ‘seen it all’, we thought Tony would be the perfect Advisor to oversee this month’s discussion on how to cope during turbulent conditions.

Rising inflation, the growing cost of capital, and the inevitable decline of consumer spending have cast a dark shadow over the UK in recent months. And now, with a recession seemingly just round the corner – or perhaps already upon us – and under the guidance of a polarising government, that shadow is only likely to grow. Tony therefore kicked off the discussion by asking our members to explain their most pressing concerns, which largely came down to pressure on finances.

“The concern for me”, said one CEO, “is the impact uncertainty is having on my team. They all want a runway of at least 12 months but I can’t give them one.” And it quickly became clear that that inability to offer such a runway was due to cashflow difficulties, with most attendees admitting that, although they were “entirely and intensely focused” on cash, they were still struggling with it. The result is an immeasurable amount of pressure on the CEO’s shoulders, which one member described as “filtering into every personal pore of your life so that shutting the door is never shutting the door.”

Tony therefore steered the conversation to concentrate on three major topics: cashflow, team management, and alleviating personal pressure. The session threw up some extremely useful advice, the best of which can be found below. 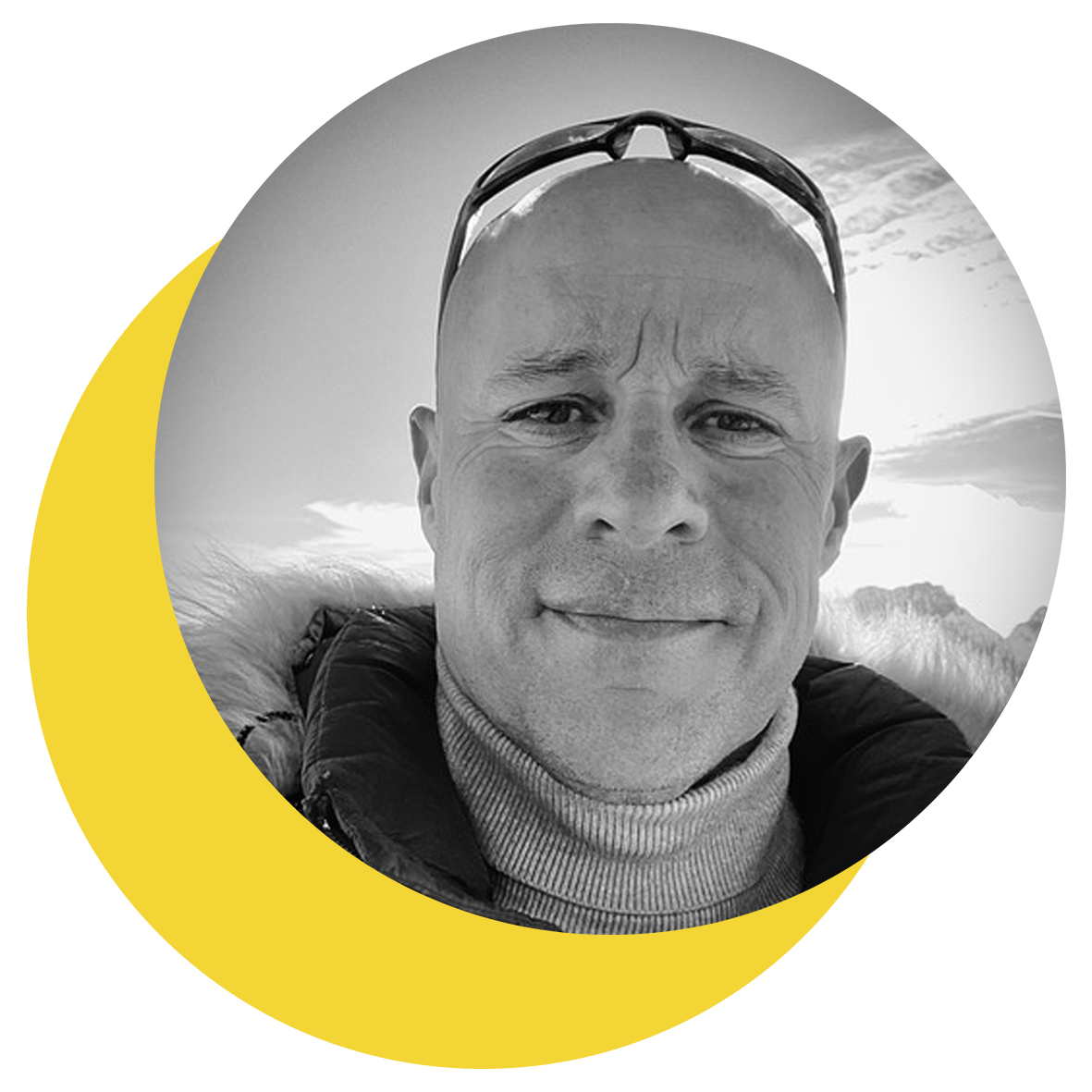 Keep your eyes on the (cash) prize

Given how cashflow issues were so prevalent throughout the group – it seems like all of the current economic pressures are to its detriment – it seemed only logical for Tony to begin with ways to manage that situation. He put the question to the group, who had some ingenious solutions to offer.

“We have two different budgets”, said one member, “one where I forecast a lot of predictions and another super tight, short-term forecast that I update once or twice a week. That gives us an exceptionally clear understanding of cash position, which has really saved us during hard times. Nothing can surprise you because everything is so tightly controlled.”

“Really understanding the levers that you can push and pull, who you can lean on and where you can get people giving you a bit more”, Tony said, “is absolutely vital.” And running such a forecast really helps in that regard because the clarity it offers allows you to understand what you can pull back on in short notice. “You can delay some payments – like HMRC VAT or national insurance – because they are often quite understanding”, our member explained. “If you show goodwill, really try to pay it off, and have a plan to get funding in, people are more inclined to give you the benefit of the doubt.” Additionally, a short-term forecast also allows you to see which supplier contracts should be amended before they automatically renew, and enables you to move people in and out of the P&L sheet as needed.

Alternative methods offered of improving cashflow included short-term funding firms and factoring. “We’ve recently worked with Pipe and Wayflyer – alternative types of funding – and I’ve found them to be excellent for short-term cash”, one CEO explained. “It’s up to six months, and they aren’t charging high rates because they have access to your accounts and numbers, so their risk is still very low.” Tony was a big fan of this idea because he had seen so many good businesses “go to the wall” because they had temporarily run out of cash. Fundamentally, they were great businesses, and had they had access to such a service, they might have survived.

The final tactic offered to boost cashflow was factoring. “If you’re B2B and you have decent-sized contracts”, offered one CEO, “you can sell them for around 9% of their value and pull them forward.” For those that aren’t aware, factoring is a service offered by firms and banks that allow businesses to cash in on unpaid invoices for a fee. Let’s say you’re in need of cash and you have an outstanding invoice of £10,000. You can sell that invoice to a third party who will pay you £9,100 there and then, and when the invoice is paid, they will have made £900. Although you miss out on the entire value of the invoice, that instant influx of cash could be the difference between sinking and staying afloat.

Tony then moved on, asking how the group had been managing their teams over the last few weeks amid such uncertainty. The answers fundamentally, and perhaps unsurprisingly, came down to communication.

“From my perspective”, explained one member, “I need to show my team that I’m on it. So, I give regular updates where I communicate what options we have to deal with the current challenges, and how we plan to move forward.” Essentially this CEO was advocating transparency, and being honest and open with your team certainly has its benefits. “People do want to help you problem solve and it’s nice to have daily meetings where everyone is aware of the challenge at hand. You also don’t feel like you’re hiding anything, but being so honest can raise pressure”, he admitted.

However, every business is different, and Tony explained that you must be aware of that before you decide how much to share. “Being honest is great, but you must make sure to offer your team some hope”, he explained. “If you don’t, they’ll shut the doors for you quicker than anything else can. My advice is, until you can offer a new model or enough hope, just say you aren’t ready to communicate. Otherwise, all you’re communicating is doom and gloom.”

If you find it difficult to propagate hope, however, another method is to demonstrate momentum, instead. “If you can build momentum – by closing a couple of big deals in quick succession or developing a new strategy, for example – then you’re in a much better position”, offered one CEO. Showing you’re on the right path by making concrete progress will demonstrate momentum, which, in turn, breeds hope.

Being a CEO is a stressful – and often lonely – undertaking even at the best of times, but even more so at the minute. The group were therefore keen to round off the session by discussing ways to manage that burden and ease the stress that comes with it.

“Stress comes with anything that’s interesting”, claimed one member. “But that’s when you need to remind yourself of where it all started. Go back to the reasons you started the business.” And Tony echoed the importance of this: “Everywhere I go where it’s gone wrong, it’s been because the leaders have completely lost touch with their purpose”, he said.

Going back to your original purpose and mission will help to clarify your focus, which is so valuable amid situations as precarious as the one we find ourselves in. “Most businesses respond to crisis”, said Tony, “by trying to do more stuff rather than just taking a step back. It’s initiative overload. Go for a run, talk to someone, ask what you can do to get back to what made your business strong in the first place.”

The answer to that question will undoubtedly lead to some difficult decisions, but making those decisions will likely be the difference between your doors staying open and them closing for good. “Let’s say you’ve spent a significant amount of time building a new product or service”, said one CEO. “You might actually have to curtail that process in order to remain in the game, and I think being able to do that is so important to survival.”

Clarifying your focus alleviates stress because it offers direction. It provides a plan or strategy to follow, a means of cutting through the noise and concentrating on what is important. Rather than having a million thoughts swirling through your head, you will have a clear idea of what you need to do. Being able to focus on the things that will make a difference in the short-term will ensure you survive in the long-term.

We’d like to say a big thank you to Tony for leading this month’s CEO Circle and providing such insightful advice throughout. If any of the issues discussed in this article are affecting your business, please get in touch with All Together today for up to 5 hours of pro bono mentoring every year.