All Together’s first in-person event, ‘The Founder’s Dilemma: Succession’ took place earlier this year with the help of our partners at Investec. A panel of extraordinary founders and CEOs joined us to share their own encounters with succession and offered tips to make the process as smooth and successful as possible – or give their reasons for putting it off.

First up was a founder/CEO duo from the UK’s fastest-growing food-tech business, Mindful Chef. Co-founder and CMO, Giles Humphries, and current CEO, Tim Lee, who succeeded Giles and his co-founders in 2018, made for a particularly interesting succession story told from both sides.

From Giles we were keen to learn what convinced him and his two business partners, Myles Hopper and Robert Grieg-Gran, that they needed a successor in the first place. Why, when their business was growing so quickly and had seen so much success under their guidance, did they decide to introduce a CEO? “The three of us started the business in 2015 and by 2018 we had grown to about £10 million in revenue”, Giles explained, “but we realised the next stage was going to be a challenging one.”

The ambition was to grow the company to the £100m mark, but Giles and his business partners faced several significant obstacles. “First and foremost, the recipe box model is extremely operationally complex”, Giles said, “and on top of that we had this beast growing in the packing department with a team of 60 people, but a head office of only 12. We were also aware that we probably needed to go through several funding rounds too, which, as many founders know, takes your eye off the ball internally unless you’re very careful.”

Furthermore, neither Giles, nor either of his fellow founders, had any experience of running a business of that size. “We were really frank with ourselves”, he recalled. “One of us was good at marketing, another at operations, and the other at the values and health side of the business, but we didn’t have anyone who had run a business like that before.” Although they were comfortable and confident enough in their own abilities, they recognised the benefits some additional support and experience would have during the next stage of Mindful Chef’s growth, and so decided to look for someone who could offer that.

In a somewhat fortuitous turn of events, Giles, Robert, and Myles attended a networking event in 2018 where they happened to meet Tim Lee. Tim’s previous experience in the food industry, with various roles at Marks & Spencer, Tesco, and Tesco’s US subsidiary, Fresh and Easy, presented a well of valuable information and advice the trio could draw from. Shortly after meeting him, the founders offered Tim a consultancy role at Mindful Chef, which he promptly accepted. 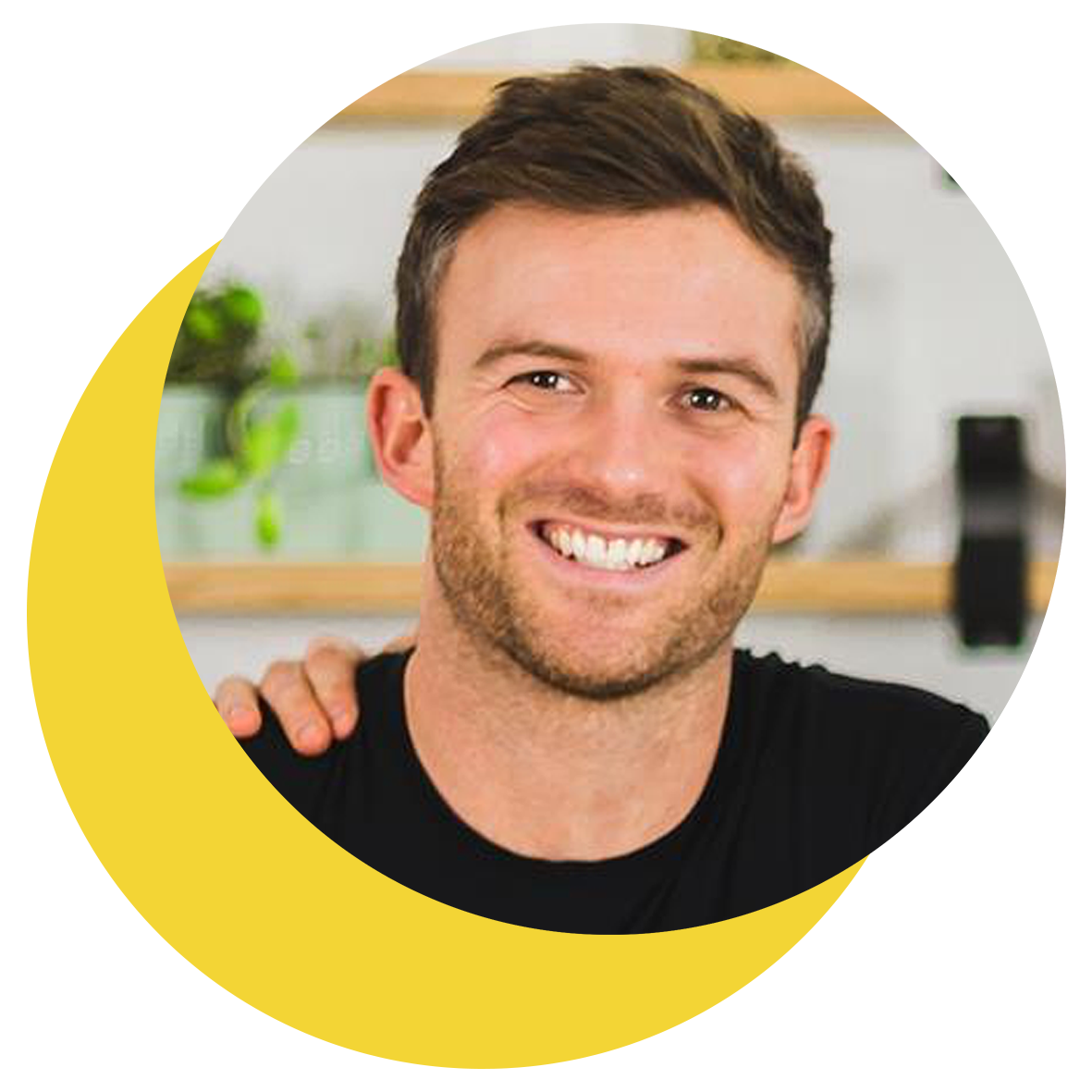 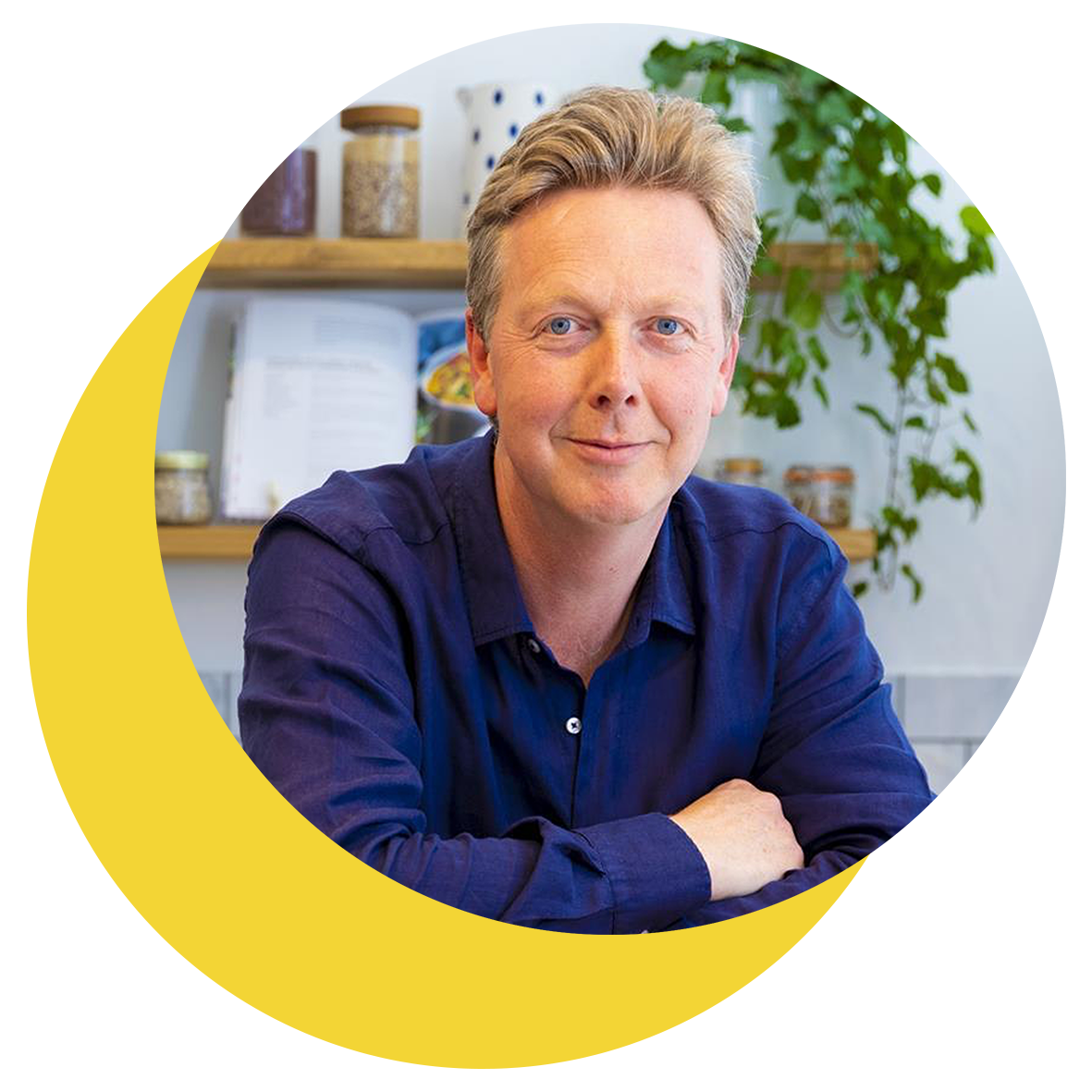 As their relationship blossomed, it became increasingly evident to the founders that Tim was the ideal candidate to take the business to the £100m mark as CEO, but did Tim feel the same way? “I think you get a good feel for a business pretty quickly”, he said, “it’s what I call the ‘sniff test’, where you go in for a short period of time and learn the DNA of the organisation. If you think it’s an exciting journey and that you can add value, [go for it].” And that is precisely what Tim did himself, becoming Mindful Chef CEO in September 2018.

The quartet have overseen almost exponential growth since Tim’s appointment, with the company generating turnover of a staggering £67m as of 2021. Something else that proves the growth of the business is the size of the packing team. “Where there were sixty staff members in the packing side of the business in 2018”, Giles revealed, “we now have just over 400.” This succession story has therefore been a successful one to say the least, but what lessons did Giles and Tim learn along the way?

“We were really set on making sure we didn’t get anyone in too early when we were too small, but also not waiting too long where we would begin making mistakes”, Giles said. “While we were going through our series A PE round, we were speaking to other founders who had been on the same journey, and they told us timing was critical. A lot of them said: ‘If you don’t put someone in then you’re probably going to have private equity parachute someone in for you.’ The issue with that eventuality was that it created friction between themselves and the new CEO because they hadn’t felt in control of the appointment, and was something they recommended avoiding if possible.

Giles, Robert, and Myles therefore decided to circumvent that possibility by identifying and hiring their own CEO before it could happen. “That way, you make sure you end up working with someone you get along with and can work with symbiotically”, Giles clarified.

“This happened organically for us because Tim had been in the business for six months in a consultancy role”, Giles explained. “But we worked out, during that time, that we worked well together and that Tim understood the DNA of the business.”

Introducing what is essentially a probationary period is an invaluable technique to employ when it comes to succession; it provides the founder with a veracious insight into how their potential heir will perform that no interview or aptitude test ever could. “If we didn’t have that period”, Giles admitted, “it’s very possible that we would have chosen, or have had parachuted in, the wrong person for the job.”

“Founders tend to be very knee-jerky and very opinionated, particularly when there’s three of them”, Giles laughed. “So, finding someone who was very considered, and a listener, helped to balance us out.” Choosing a CEO who can work in harmony with the founder is highly advisable when it comes to succession, not just to maintain a positive atmosphere, but because it lends itself to continued success. A harmonious relationship will allow the CEO’s fresh perspective and ideas to merge with the founder’s unique understanding of the business, which is a priceless asset to have.

Build trust across the enterprise.

Tim’s first point followed on nicely from Giles’ last by expanding on the importance of building collaborative relationships. “There are three areas you have to build trust very quickly”, said Tim. “The first is with the founder or founders, because the business is their baby and without their trust, you don’t have a relationship. The second is with the team because they’ve all been part of a young, exciting business, then you walk in and the average age shoots up. And finally, you must build trust with your investors.” Tim explained that the CEO must work in tandem with all three of these parties to ensure the business operates as efficiently and effectively as possible. This all but guarantees further growth and success.

“Whoever the new CEO is, they must be adaptable”, Tim explained. “One minute I was washing glasses ahead of a customer focus group and the next I was pitching to investors, so being able to adapt was crucial for me.” It might seem like this is only relevant to CEOs of smaller companies, those without a fully developed hierarchy and therefore the ability to delegate to their subordinates, but the truth is far from it. The job of every CEO is somewhat undefined; they are the overseer of the entire organisation and must fill any gaps they can, within reason.

This part of Tim’s advice bears a striking similarity to the thoughts of another All Together Volunteer Advisor, William Reeve, the CEO of Goodlord. During our Three Things podcast, William emphasised how important it is for a CEO “to be one of the team”, rather than being above it. Having the humility and adaptability to perform jobs that might seem almost extracurricular will be noticed by your team, which will cultivate respect and trust, and ultimately gain their loyalty.

Make sure your values align.

“The person going in – and the founders, too – have to work out if they share the same values”, Tim argued, “because so much can change [after succession]. But, if you share the same values, the likelihood is that the relationship will work.” He continued, explaining that value alignment is so important because that is what the business falls back on in challenging situations. “In difficult times”, he said, “you will refer back to your values, which will make sure you’re all on the same page. Everything else is important, but not as much as your values.”