Read // An All Together Journey: Proving the concept with Virtus Tech

Read // An All Together Journey: Proving the concept with Virtus Tech

In November of last year, All Together connected Virtus Tech Co-founder, George Bellwood, with Volunteer Advisor and former LLX Global Business Services CEO, Mark West. 10 months later, we checked in with George and Mark, just as Virtus Tech was closing its first round of fundraising, to explore their relationship and the effect it continues to have on George’s virtual reality platform.

Virtus Tech was founded in 2018 by best friends, George Bellwood and Robin Davies, whilst they were at university. A lecture George attended on digital omnichannel methods, and how they could enhance user experience, training, and connectivity within businesses, caused him to consider his own experiences of those processes and how they could be improved in other ways.

“My training [at previous jobs] was a lot of boring videos about unengaging scenarios with little interactivity”, he said, “and it occurred to me that you could make much greater experiences with virtual reality.”

That realisation grew rapidly to form the foundation of a business that could improve education, commerce, and communication with virtual reality technology. Over the last 4 years, Virtus Tech has grown from a small start-up to one of the leading virtual reality enterprises in the UK. But how exactly did Robin and George manage such a feat? 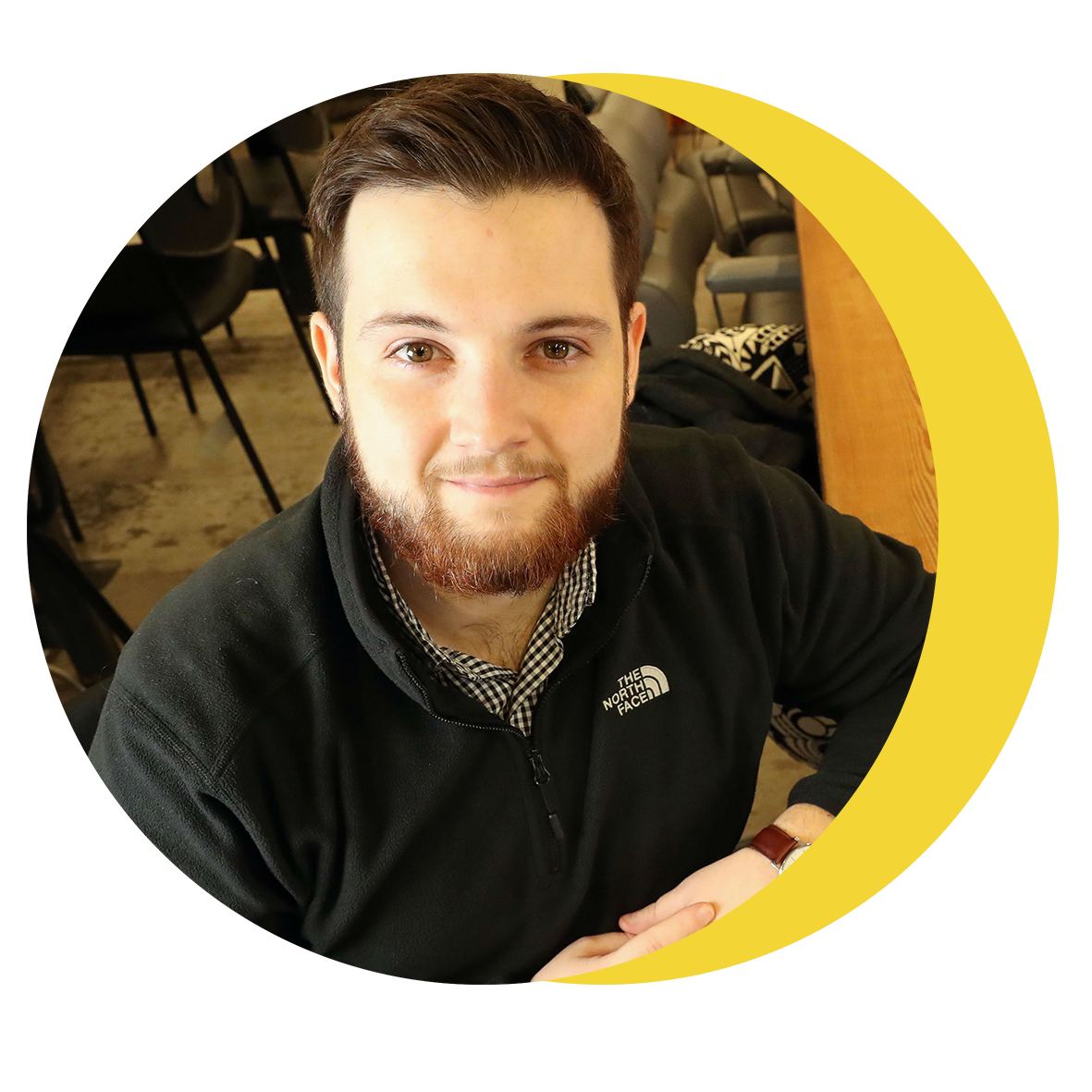 “We didn’t just want to be an investment round company because we knew we would spend more time raising funds than focusing on the tech side”, George explained. “First, we wanted to prove the concept and the demand, so we started off small with virtual tours of universities and their accommodation.”

Virtus Tech’s virtual tours were a great success; demand was high due to lockdown restrictions making in-person tours impossible and the company made its first sale in 2020, but the market quickly became saturated. “Virtual tours were a dead-end because there was so many people doing them”, George clarified, “so we pivoted into becoming a VR training company instead.”

The first big break after this change in direction came from the NHS. “The NHS had lots of staff to train but nowhere to do it”, said George. “Hospitals were so busy during the pandemic that students couldn’t fit their required hours in, and there was already a shortage of doctors and nurses.” The NHS believed virtual reality could potentially remedy that issue, and Virtus Tech knew they needed to capitalise on the opportunity, so they reached out to All Together for expert advice.

With an extensive history in digital processes and scaling businesses, Mark West was the ideal Volunteer Advisor to assist George and Robin. “I found them just as their project with the NHS began”, Mark recalled. “They had the prototype for the platform, but I was there to help them fine tune and improve it.” 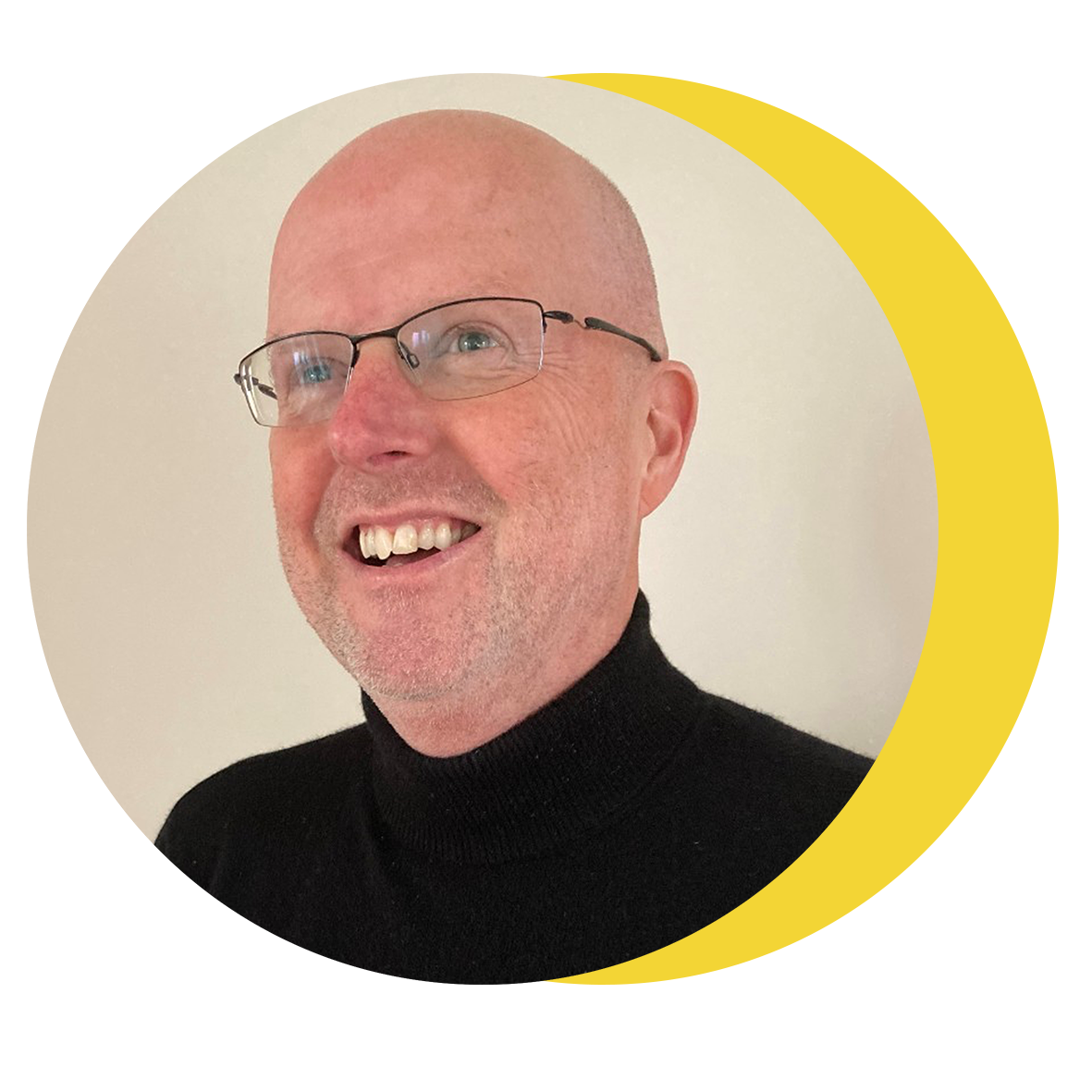 “We showed Mark what the platform was looking like, and he made some suggestions on how to improve it”, said George. “It was a quality control check that we really needed.” Mark’s outside perspective meant he was able to identify opportunities to improve the platform – named The Wales Virtual Hospital – with more clarity than those within the business. “What they really needed was someone to scrutinise and challenge their thinking to help them come to the best solutions”, he said.

One of the most important pieces of advice this process garnered was to make sure the platform functioned as well on mobiles, desktops, and tablets as it did on VR headsets. “We’re the only device agnostic VR company in the UK at the moment, and that’s been so important because accessibility really is number one”, said George.

Virtus Tech’s development of the Wales Virtual Hospital has been a startling success, with the platform due to this month “across five medical universities and two health boards”. But the founders want the business to continue growing, and Mark has been on hand to help.

“After brainstorming how to grow the company”, Mark said, “we realised we would need investment to keep up with the competition.” Having bootstrapped the company to where it was thus far – and with a strong focus on profitability over raising funds – this was uncharted territory for George and Robin.

“The first thing was to make sure they registered for SEIS and EIS”, Mark recalled. “I left that with them and, shortly after their registration, they were approached by several investment companies.” This presented George and Robin with a conundrum: they didn’t want the opportunities to pass them by, but they also didn’t want to give away too much of their business in equity.

Mark then visited the Virtus Tech office in-person to offer his advice on how to negotiate with potential investors. “If you don’t feel comfortable with the offers you get, don’t take them”, he said. “Otherwise, these companies will waste your time for 6 months or so, then change their offer at the last minute because they know you’re desperate. They often try to get more of your company for less money, and I told Robin and George to avoid that.”

Virtus Tech rejected several propositions before finding a suitable deal that was closed successfully at the end of August. Incidentally, George revealed that Mark is actually one of several investors, alongside seed investment fund manager, SFC Capital. “Mark has been brilliant”, said George, “and he’s not just going to be an investor, he’s going to be a non-exec, too. This will help us massively in our next stage, which is focusing on the private sector.”

The future is bright

The last four years have been a whirlwind of success for Virtus Tech, and Mark’s mentorship has proven to be an invaluable asset for Robin and George. So, what’s next?

“The next stage is to go out and focus on private sector opportunities,” said George. “We’re really optimistic that customers will be able to come to our website very soon, buy a subscription, and start making their own VR experiences on the same day.” This will be vital to Virtus Tech’s next fundraising round because Series A investors always look for opportunities to scale, and private sector potential is a must in that regard. However, Mark is confident that, if Virtus Tech can prove its private sector viability, there will be significant fundraising opportunities. “Given how much Facebook, Meta, Google, and Apple are now pushing VR and AR”, he said, “I think this time we’re really going to see virtual reality take off.”

Robin, George, and Mark have already identified several sectors that Virtus Tech could look to enter in the near future. “The fashion world, the luxury world – with the customer journey side – and also schools”, said Mark, “are all possibilities. Imagine students being able to immerse themselves in the battle of 1066, for instance. Imagine how interesting and empowering that would be.”

Whichever direction George, Robin, and Mark decide to go in next, we would wager that they are destined for great things. After all, history has a habit of repeating itself, and Virtus Tech’s history is steeped in success.

“A lot of start-ups go off just creating really cool stuff that no one actually wants”, said Mark. “But at the end of the day, it’s about profitability, and I think that was really important for George and Robin.” Tech start-ups founded in recent years have typically raised funds first and then focused on developing their ideas, products, and services. But times have changed, and this is no longer as viable a tactic as it once was.

In a previous article, ‘Winter is Coming’, DN Capital MD, Steven Schlenker, discussed how the bubble has burst in tech and how investment is significantly more difficult to come by as a result. According to Steven, the only way to convince investors to put their faith in your business is to prove its route to profitability. Therefore, Virtus Tech’s decision to focus on proving the concept and demand for its idea first has been shown to be a particularly shrewd – and successful – approach.

“Mark wasn’t actually who we thought we’d be paired with when we applied to All Together, but when I met him, I knew he was going to be brilliant for us”, George revealed. “Given where we are now and how far we’ve come, I really wouldn’t change it for the world, so I think it’s so important to stay open-minded as a founder.” Things rarely go to plan in business, but remaining open to alternative options can sometimes render better results than our preferred order of events. Remembering this might just be the key to seeing your business flourish.

“We were turned down for three years straight when we first started the business, but all of a sudden, things took off”, explained George. “You have to keep on pushing and be consistent because, eventually, it will pay off.” This is unquestionably one of the most important characteristics for any successful business leader. No journey is without mistakes, but opportunity is only ever round a corner or two. “You will get knocked down, but it’s about getting back up and still being in the race”, Mark added.

Is your business facing a challenge that you aren’t quite sure how to tackle? Apply to All Together today for up to five hours of pro bono, one-to-one advice from one of the UK’s leading CEOs.